Moving forward, nonbinary athletes will be included on gendered reports in the Nonbinary category at all events timed by Second Wind Race Timing. 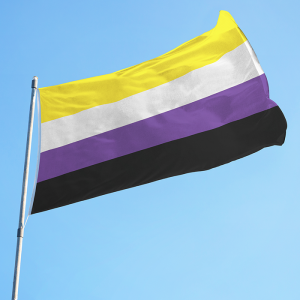 Second Wind Timing has always been, and always will be an all-inclusive company.  We have now taken the steps to make certain an underserved segment of the running community has better visibility.  Moving forward, all of Second Wind Timing’s event files are set to include scoring for nonbinary athletes.

Since an update in our scoring software in 2018, RaceResult, has been able to handle nonbinary registrations. As our registration partners (RaceMenu, Race Roster, and RunSignUp) have slowly added a nonbinary option for participants to select at the time of registration, we’ve begun seeing more participants identify as nonbinary.

Unfortunately, because the running industry has been a sport that presents results separated by the binary definition of gender, those athletes were most frequently left off of the gendered reports.  Nonbinary participants would show on the Overall reports but, disappear from the Gender and Age Group reports.  This was certainly a disservice to those athletes.

Moving forward, nonbinary athletes will be included on gendered reports in the Nonbinary category at all events timed by Second Wind Race Timing.

While we hope races will begin to implement equal awards, it will be up to the individual race committees to decide.  Recently, the Brooklyn Marathon and Philadelphia Distance Run have done just that, offering equal prize money to winners of the nonbinary divisions.   We look forward to more events following suit.

See you at the finish line!